The Bible in the World

Around the world, copies of the Vizsoly Bible can be found in seven European countries. Given the place of publication and the editor, language, and content of the Vizsoly Bible, it is not surprising that the greatest concentration of the copies is found in three of the countries which were formerly part of the former Kingdom of Hungary. 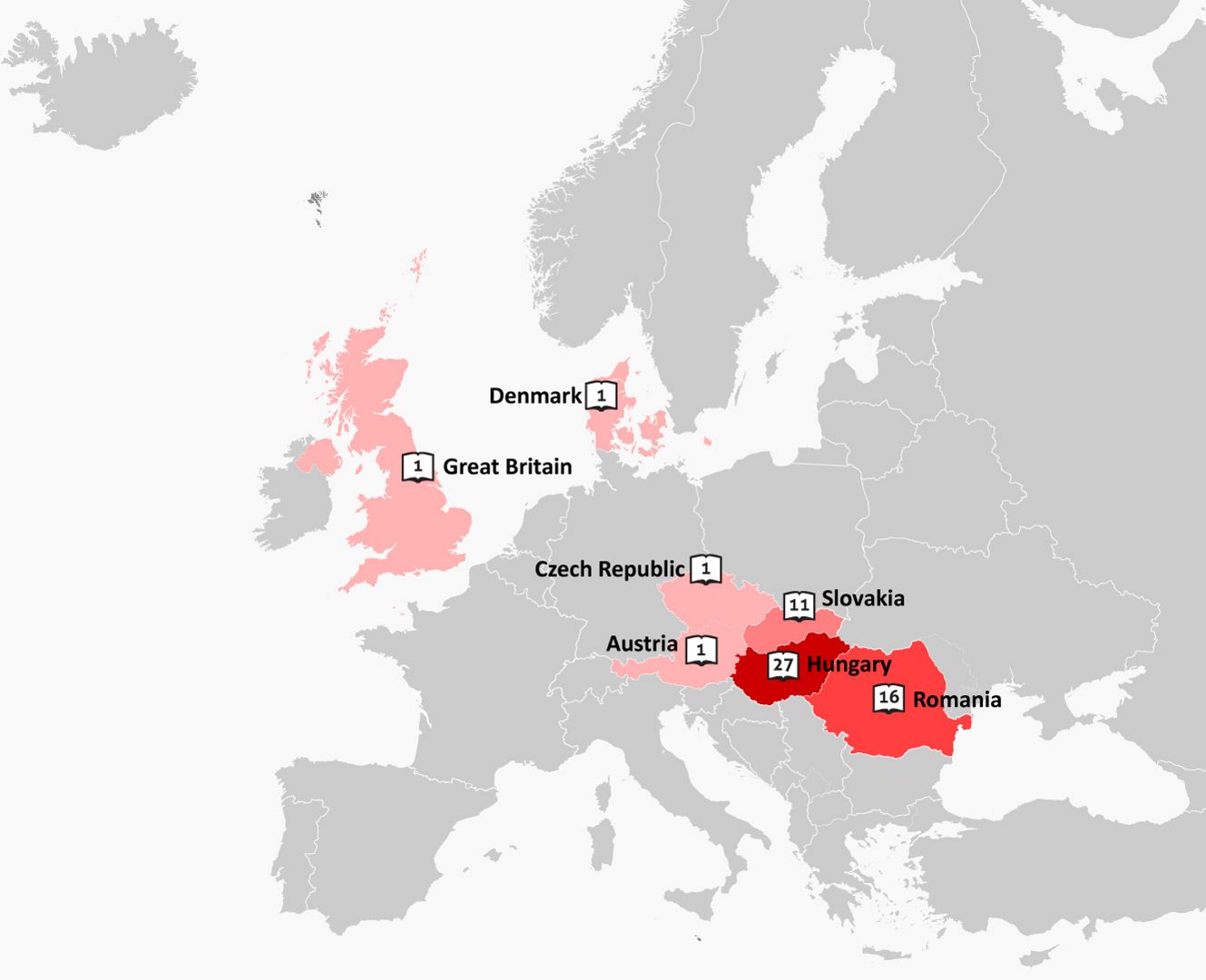